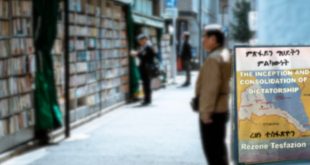 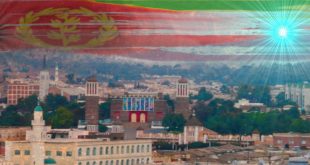 As a continuation of its ongoing effort to meet and establish working partnership with different organizations that share its goals and objectives, the Eritrean Law Society met and held talks with Human Rights Watch.

On the part of ELS, the meeting was attended by chairman Michael Andegeorgis, Journalist Milkias M Yohannes and ELS treasurer Samrawi Araia. And on the part of the HRW, the meeting was attended by Mr. Lutz Alexander Prager a senior consultant to HRW and a well known Eritrean and horn of Africa expert in the area of human right and related issues..

ELS acknowledged the important role HRW has been playing through publication of objective research reports on violations of international human rights, drawing international attention to abuses and pressuring governments to change and in lobbying members of government and well known personalities.

ELS members agreed that an objective research, documentation and eventual publication of different human rights atrocities that are being committed in the Horn of Africa could help in not only deterring the commission of such crimes but also bringing to justice the perpetrators.

ELS stated that its members are  qualified to undertake studies on the Eritrean Human Rights state of affairs as most of its members have in one way or another a first hand knowledge as well experience of issues that affect their fellow citizens. The senior consultant of HRW acknowledged the difficulties and problems of working and getting information in the areas of human rights abuse in Eritrea. From the use of slave labour, to the indefinite detention and disappearances in Eritrea and other important human rights violations and abuses, HRW welcomes the input and expertise of Eritrean lawyers and academicians.

Members of the ELS explained that the “absolute lunacy”, lack of accountability, unique kind of totalitarianism and utter fear reigning in Eritrea at this time is contributing to massive unprecedented social, economic, political and psychological problems to Eritreans. Mister Alexander Lutz acknowledged the Eritrean governmet’s colossal hunman rights violations and abuses for long time and how many in the US and other governments are frustrated by many unhelpful actions Mister Issias Afewerki’s government. He told the ELS members about several issues and stories regarding human rights and what he personally observed, while he was in Eritrea some two years ago.  After briefing ELS members of the different works that HRW is undertaking in the Horn of Africa and asking some questions regarding human rights and related current issues in Eritrea, Mr. Lutz underscored the importance of documentation and expressed his appreciation of ELS’s proposed activities. He said that HRW would be willing to work together on issues that are common to both organizations.

Mr. Lutz stated that establishing a work partnership with a society such as the ELS, who can provide timely information on human rights incidents in Eritrea, enriches the works of the HRW.

The meeting was conducted on Thursday 06 May 2010 at the office of Human Rights Watch in Washington, DC. Human rights watch is one of the largest and pre-eminent organizations in the world with tens of thousands of members, volunteers and well known board members. Eritrean journalist and human rights advocate Milkias M Yohannes and three other journalists were awarded the 2002 Helamn/Hammet award for their work and contributions in human rights in media. According ELS chairman Mister Michael Andegeorgis, this kind of working relationships and establishing partnerships with sister organizations and associations like HRW will continue and there are plans to hold a large symposium and seminar about human rights , immigration and other issues concerning young Eritreans all over the world.