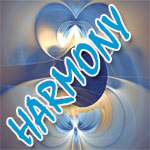 In my end of year article, I have chosen to remind Awate.com readers about President Barack Obama’s landmark speeches for the purpose of drawing some important lessons. It is customary that people at the end of each calendar year make New Year’s resolutions to change their bad habits and continue strengthening their successful habits. In this spirit, I intend to pass a message of change for the better; optimism, hope, reconciliation, equal partnership and compromise for the sake of moving forward. A message is directed at the Eritrean regime and its supporters, and another at the Eritrean opposition groups and their supporters. First though let me highlight Obama’s selected major speeches.

It is always intriguing to listen to Barack Obama’s major speeches. People around the world witnessed history unfold when Obama was elected as the first African-American President of the US. His election victory speech on the night of 4 November 2008 in Chicago was inspirational to many people around the world. It was a memorable night characterised by emotion-laden atmosphere.[1] His inauguration speech on 20 January 2009 was also another defining moment in modern history of the world in general and that of the US in particular. The world witnessed a glorious page in human history when President Obama took the stage at Cairo University and gave a high profile speech on 4 June 2009, directed at Muslims around the world, calling upon them for a ‘new beginning’ in the relationship between the US and the Muslim world. In his Cairo speech, President Obama was attempting to inspire Muslims to continue to be part of modern development by reminding them their past contributions to the civilisation of humanity and the importance of rejecting religious extremism. He also praised the contribution of US Muslim communities to the success of his country. No doubt it was a very touching speech.

President Obama’s speech to the 2009 graduates of the New Economics School in Moscow was historical in the sense that it was well received by young Russians. After acknowledging the Russian society and its scientific achievements, he called for a new beginning – a shift from the Cold War to an era of partnership and co-operation. Obama gave another historical speech to the Parliament of Ghana, where he focused on four areas– democracy, opportunity, health and peaceful resolution of conflicts. This last speech is a must listening because, of all the speeches, it is the most relevant to our Eritrean situation (a nation aspiring to transform from dictatorship to democracy). In a speech to the Indian Parliament, Obama praised India for its ground-breaking success in creating a large middle class and called upon India for equal partnership with the US across various areas; technological advancement, agriculture, free trade, and cooperation in enhancing global security. His latest overseas major speech was delivered in Jakarta, Indonesia. In that speech, President Obama first reflected on his childhood in Jakarta. His focus of speech was on religious tolerance, thriving multi-culturalism and unity in diversity, areas where Indonesia has achieved great progress.

Unlike his predecessor, George W. Bush, who adopted a policy of antagonism towards others, President Obama’s approach seems to be guided by diplomacy, focusing on dialogue and reconciliation as the best option to overcome disagreements and move forward. President Obama has extended a hand of friendship to Iran in resolving its dispute with the West over its nuclear programme. Unfortunately, the disputed Iranian Presidential election and the subsequent demonstrations and violence in the streets of Tehran stalled Obama’s hope of engaging Iran. His tough stand against Israel’s settlement expansion on occupied Palestinian land is a testimony to his determination to resolve the longest standing conflict in the world. President Obama also showed strong interest in normalising relationship with Cuba after decades of impasse and his administration has started to take some measures to mend the relationship between the two neighbouring countries. His reconciliatory approach in resolving disagreements is clearly evident in the contents of all the above-mentioned major speeches.

It is very clear Obama’s Presidency is facing numerous challenges. In his own words, President Obama said, every President of the US deals with two major challenges at one time. However, his administration is overwhelmed with several of them. President Obama inherited two unpopular wars in Iraq and Afghanistan where the US has been bogged in without clear exit strategies. Moreover, Obama has been faced with Global economic downturn of unprecedented scale since the Great Depression of the 1929 – 1931, marked by a near collapse of the US financial system that was sparked by subprime mortgage crisis in his country. The Global Financial Crisis (GFC) subsequently engulfed many nations around the world.[2] He has also inherited the controversial ‘Guantánamo Bay Detention Camp’ which tarnished the US reputation as a world leader of freedom. Guantánamo contradicts with the enduring power of US ideals– democracy, liberty, opportunity, and unyielding hope, to borrow some of Obama’s fascinating words.

US Mid-term election – in which the Republicans performed well – undoubtedly poses a serious challenge to Obama’s reform agenda. What was his message to the Republican dominated House of Representative, following the disastrous defeat of Democrats? President Obama proposed a new era of cooperation and partnership with his political opponents to promote his country’s interests. Finally, in spite of many major challenges, President Obama’s optimism for a better future for his country and the world hasn’t faded.

A message to the Eritrean Regime

There are two lessons the Eritrean authorities can learn from President Obama’s reconciliatory approach. The US with its super military power is unable to promptly bring the wars in Iraq and Afghanistan to successful conclusions. Realising that, the US partly has changed its strategy from confrontation to reconciliation, hoping this new strategy will be more effective in winning the hearts and minds of the Iraqi and Afghani people. What about the Eritrean regime, which always resorts to military confrontation to squash its opponents? Will they learn the lesson and change for the better? Do PFDJ-rulers think they can control the Eritrean people for ever by intimidating, oppressing and abusing their human rights? They need to understand their tight control on the Eritrean people sooner or later will come to an end, so it would be better for them to compromise and change their aggressive attitude towards the Eritrean people and treat them with decency and the respect they deserve. Would PFDJ-authorities listen and respond positively to this call? Considering their belligerent nature, I am not optimistic; but just for the record, I am emphasising the need for a new beginning in the new year.

President Obama understood the importance of good relationship with neighbouring countries (e.g. Cuba). How about the leaders of the Horn of Africa, especially the Eritrean dictator? Unfortunately, conflicts in the Horn of Africa region have been worsened by on-going conspiracies on the part of governments of the region against each other. Rather than embracing the noble idea of good neighbourliness and cooperation, these governments have resorted to conspiracy as a means to prolonging their grip on power. Certainly, cooperation and all the benefits that come with it would have been a much more effective strategy and a better choice for resolving conflicts and attaining sustainable peace and prosperity for the whole Horn region.

A message to the Eritrean Opposition Groups

A friend who closely follows Eritrean politics shared with me his observation about the nature of the Eritrean opposition groups. He said, most of the time their focus is on criticising the weaknesses of each other, and this has been an on-going phenomenon for so long. Add to that, the most damaging effect done by those who use pen names, and opportunistically utilise their concealed identity to vent their bitterness, frustration and disappointment. With the exception of few who have genuine reasons[3] for not disclosing their real names, the majority use pen names for ill-intended purposes. The writings of the latter group usually is designed to character assassinate opposition political leaders and active members of civic societies. They instigate hate-mongering and create an atmosphere of mistrust which hinders progress towards reconciliation. The hope is to see less personal attacks in 2011, and instead more focus on action-oriented activities to freeing the Eritrean people from the menace of the dictator, and chart a roadmap for peaceful co-existence. The advice to the Eritrean opposition groups and their supporters is that they must embrace change of attitude in this coming year that rejects old suspicions and which looks to the future with optimism.

[1] Who would forget the tearful faces of the talk show legend, Oprah Winfrey and the civil rights activist, Jesse Jackson as they were listening to Obama’s election victory speech? What was going on in their minds when they wept? May be they were remembering the words of Dr Martin Luther King Jr. who had a dream of equality for all people. Indeed, 4 November 2008 was a dream come true to millions of African-Americans to witness one of theirs being elected to the highest office in the US.

[2] Of all the advanced economies of the world, only Australia and Norway over performed the damaging effects of GFC.

[3] Omar Jaber extensively wrote about the reasons why some authors use pen names.