A Sudanese Journalist of Fortune 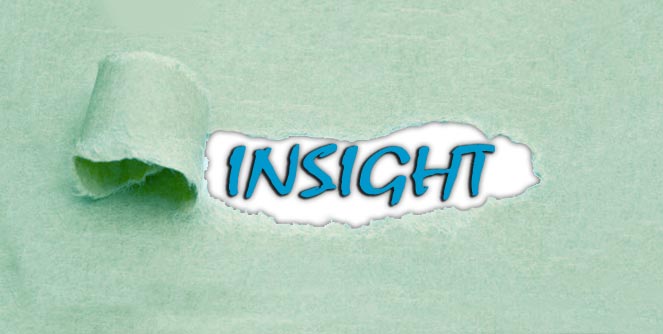 In my afternoon visits to the Eritrean websites on December 25, 2009, I was surprised to come across a report on Adulis.com about an article written by a Sudanese journalist, Mr. Kamal Hassen Bakheet of the government-affiliated Al-Rae Al-Am Arabic Newspaper on the sanctions the Security Council imposed on the Eritrean dictatorial regime. I was struck by how little the seemingly educated editor understands the true nature of Eritrea’s Hitler whose name became a virtual synonym for state-sponsored terror during his nineteen-year regime. For the advantage of those who do not read Arabic, I would like to present the salient points of Mr. Kamal’s article before sharing some of my impressions on it.

In his column, Good Morning, Mr. Kamal calls the sanctions of the Security Council on the State of Eritrea as injustice based on groundless accusations. He argues that Eritrea is a small country that has no financial resources to support the opposition forces of other countries, and he describes present Eritrea as one of the African countries that enjoy unprecedented “stability and security”. Furthermore, he depicts Eritrea as a country whose leader mixes up with the people and drinks tea in public cafes without guards, while describing the Eritrean people as loving its country and leader. He urges the African Union to interfere and all African and Arab countries to denounce the resolution of the Security Council, confirming that the sanctions will turn Eritrea into a strong state.

I was dismayed to see that a major Sudanese newspaper would depict the most brutal tyrant in the word as “a leader loved by his people”. Here what surprises me most is that this journalist is a citizen of a country that served as the springboard for the Eritrean struggle for over three decades and is still hosting close to half-million Eritrean refugees, more than 300, 000 of them were denied the right to return home since the day of independence while his country still receives over 1000 Eritrean youth escaping every month from repression. I am quite sure that he knows full well the reality of the situation in our region and Eritrea but is simply working for his own selfish interest by defending the most ruthless dictatorship in Africa. As a journalist and a neighbour, he could have learned a lot from the daily mushrooming Eritrean websites that are doing their utmost to let the world know the magnitude of the Eritrean tragedy. If he had doubts and needed further information for an in-depth treatment of the subject, he could have ventured out of Khartoum to the refugee camps that are not that far and considered other perspectives by interviewing the refugees. In a nutshell, he should understand that one should be willfully blind to believe the reeking falsehood that Isaias is loved by his people and that Eritrea shows unprecedented stability and security in Africa. Of course, when it comes to Isaias, “useful idiots” are not in short supply but their number has radically reduced when they realized that their master stands naked in front of the international community. However, these claims are not only false, irresponsible and unwarranted but very ridiculous and laughable for a Sudanese to utter.

After arguing that everything said against the regime is “baseless”, a phrase Isaias and Alamin Mohammed Said (whom the Sudanese Foreign Minister nicknamed “Deek Al-Eddah” and the press used it widely), he says that Eritrea is a sovereign state and has the right to give any kind of support to whoever she wants. Here two questions are key:  Could international terrorism be considered a legitimate function of a sovereign state?  Did he express the same views when Eritrea was supporting the SPLA, the Darfur and the Eastern Sudan rebels? I assume that, in his writings, he was repeating the accusations made by his government uncritically or as put by the Sudanese Government as “the irresponsible acts of Isaias to destabilize the Sudan”. Why are the same acts of interference in other country’s affairs considered a right of a sovereign state when they are directed against Somalia and Djibouti, and he dares to open his mouth against the sanctions imposed on the Eritrean Government for its role in destabilizing the neighbouring countries?

2.  How many times did your government complain to the UN and the Security Council accusing Eritrea of assisting Sudanese rebels?

3.  Do you remember the conference of Sudanese opposition leaders hosted by Eritrea in 1995 in an attempt to overthrow the Sudanese Government? Do you remember when Eritrea gave your embassy premises to the leadership of the rebels?

4.  Do you remember the following statement Isaias made on October 14, 1995, to the Economist (US) about the Sudanese Government?

“We are out to see that this government is not there anymore. We are not trying to pressure them to talk to us, or to behave in a more constructive way. We will give weapons to anyone committed to overthrowing them.”

5.  In 1995, the Sudanese official news agency, Sunna, talked about “Eritrean regime and its irresponsible practices to destabilize the situation in the Sudan and undermine the peace process there.”  Do you remember this description?

6.  Do you remember that on October 22, 2004, Isaias claimed to have uncovered a Sudanese backed plot to assassinate him? Do you remember the response of the Sudanese Foreign Minister, Mr. Mustafa Osman Ismail who was quoted by the Sudanese official news agency as saying, “We expect Eritrea to start aggression but we will reply to such an act.”

7.  Don’t you think, if Eritrea did all of the above to the Sudan it could do the same or even worse to others? Why all the fuss when Somalia and Djibouti complain exactly from the same illegal acts your government did many times since 1993?