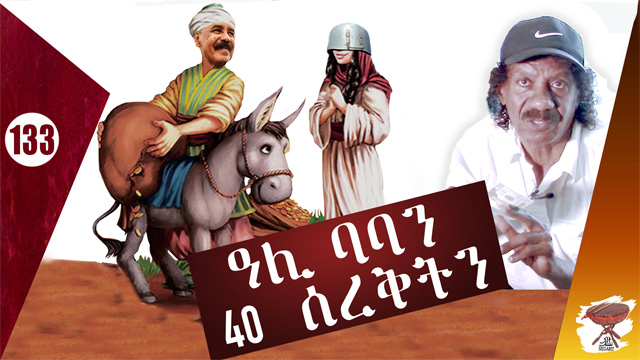 1001 Nights is a literary work from the Golden Ages where Shahrazad every night tells a story to the Sultan Shahryar, over 1001 nights. Remember, since 1991, Eritreans have gone through 11,000 nights of horrible experience that we have yet to narrate in a timeless literary manner, maybe we could call it 11000 nights.

In the nineties when the TPLF and EPLF were enjoying a long honeymoon, the PFDJ had a free reign in Ethiopia—that is when several people were kidnapped or assassinated in Ethiopia in mysterious circumstances: Zacharias Neguse, Gebreberhan Zere, and many others. In the early nineties, the PFDJ rounded up many people, mainly businesspeople, from all around Addis Ababa and put them in jail in the police station close to the Yohannes church. The PFDJ spread the word that they were corrupt accused of corruption, embezzlement, and other vices. Though many gave the PFDJ the benefit of the doubt, we do not know if the arrested and kidnapped people were ever indicted or were innocent.

Have we yet discovered our Ali Baba and his forty accomplices yet? Maybe we did, but a recent article identified some of those who cheered from the sides and explained why (link below).

Obviously, I can’t tell you all the 1001 stories let alone the 11000 Eritrean stories, but I have picked one very famous story from the 1001 nights: Ali Baba and the Forty Thieves.

I am sure you know many of the stories from the Arabian Nights: Ali Baba, Aladdin and the Lamp, Sindbad the sailor (Sindbad and the flying carpet) The Thief of Baghdad, Jinni, and many other Genie-stories, some with alteration by Disney and others. But the book is so famous that people would tell unrelated stories and attribute it to the 1001 nights. Just Like many jokes are attributed to Abu Nawas of Baghdad though it is mostly a license to lend credibility to the stories. If you want to grasp attention, start by saying, Abu Nawas said… It is guaranteed to get the attention of the listeners. In our time, it was “Wedi Adua entay illu mesleka…!” Wedi Adua was a known populist comedian in Asmara.

The 1001 nights was translated by many authors, travelers, and adventurers, the most flamboyant of all is Sir Richard Burton, an English soldier, traveler, writer, and linguist who is claimed to have spoken 29 languages and even collected tens of monkeys to learn their language. He is also credited for introducing the Swahili word Safari which has now become an English word as well.

Richard Burton had travelled to Harer, was jailed there, then he continued to Lake Victoria in an attempt to discover the source of the River Nile. He also introduced the illustrated Indian book of Kama Sutra which was considers too pornographic for Victorian England. Even his version of 1001 nights was awash with sexuality that it was not allowed to be publicly distributed but to private clients.

Shehryar was a sultan who found out his wife was unfaithful and killed her. He lost trust on all women thus he decided to marry virgins and execute them the next day to deny them a chance to be unfaithful. Finally, he married Shehryar, and she devised a plan to change him. Thus, Shehryar told him a story every night and once she saw he was tired, she stopped at a cliffhanger promising to continue the story the next evening—just like they do before they air commercials on TV.

Shehryar spared her for the night curious to listen to the next part; she bought herself a night. With that trick, she survived 1001 nights telling him one story every night, a total of 1001 stories. Thus, the name of the collection of stories about fairytales, philosophy, even anatomy of the human body.

The stories have different cultural traits spanning from China, through India, Iraq, Syria, to Egypt. The book was published in the 18th century from fragments of manuscripts found different places “including fragments of a handwritten manuscript found in Syria which is dated to the 9th century.” The stories of 1001 nights are found in many popular folktales and list of authors who were inspired and influenced by 1001Nights is immense…

Ali Baba and the Forty Thieves

There were two brothers: Kasim was wealthy and lived good; Ali Baba was a poor woodcutter. Once time Ali Baba was cutting wood in the forest when he saw forty men coming on horsebacks, afraid, he had to hide. Their leader dismounted, went close to the mountain, and said, “Open Sesame!” A rock moved and opened the way to a cave. Everyone followed him in carrying stuff and the entrance to the cave closed behind them. A while later, the rock moved, the door opened, and they all came out. The leader shouted, “Shut Sesame” and the entrance to the cave was shut. They went away.

Ali Baba went close to the cave and said, “Open Sesame!” and the entrance was open. He found gold, silver silk and many other things inside. He took as much gold as his donkey would carry and said, “Shut Sesame!” The door closed and he went home and showed his loot to his wife who was curious and borrowed a scale from Kasim’s wife to weigh the loot. But Kasim’s wife had put a kind of glue on the scales and where Shahrazad returned the scale, she found residues of the gold on the scales. She told her husband that his brother Ali Baba is reach and has gold that needed to be weighed.

Kasim became envious and accused his brother of pretending to be poor when he was rich. Ali Baba confessed to Kasim and told him the story. Kasim took his donkeys to the cave and said< “Open Sesame!” and once inside he shouted shut Sesame, and entrance closed behind him. He loaded his donkeys but forgot the password when he wanted to get out of the cave.

In the meantime, the robbers returned to the cave and found Kasim inside. He tried to escape but they killed him and cut his body into pieces and left it in the cave to warn anyone who dares to enter the cave.

Kasim’s wife was worried and went to her brother-in-law and told him her husband had didn’t return home. Ali Baba went the cave and inside the cave he found his brother Kasim body cut into pieces.

When the thieves returned to the cave, they didn’t find Kasim’s body. One of the thieves went to town to investigate and found a man who showed him the house to where the body pieces were brought: Ali Baba’s house. He marked house to identify it when he returned with his colleagues.

Morjiana, saw the marking the robber had made and she found a way to distract them by marking many houses with the same marking near the doors. And when a robber returned that night, they found many houses marked similarly. The next day another robber was sent to investigate and made marking on the door with a different color, but Morjiana did the same to many houses. Finally, they discovered Ali Baba’s house.

The leader returned to the town in the morning masquerading as an oil merchant with mules loaded with jars where the robbers hid. But one of the jars was full of oil. Morjiana discovered the trick; she boiled the oil and poured it into the jars killing the robber inside.

Ali Baba had invited the masquerading oil merchant into his house and was entertaining him. But Morjiana knew the leader of the robbers carried a concealed dagger. She dressed like a dancer and hid a dagger in her clothes and danced for her master and his guest. Then Morjiana pulled the dagger and stabbed the man in his heart. Ali Baba was puzzled, “why did you kill my guest?”

Morjiana told Ali Baba the whole story and exposed the dagger that the pretending oil merchant has his under his garments. Ali Baba realized he was entertaining an enemy. And thanked Morjiana for saving his life. He then married her to his son, and they inherited his wealth.

NB: the above is the topic of Negarit 133 on my YouTube channel//Saleh