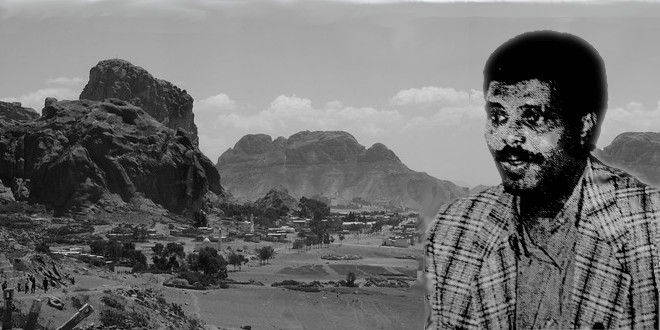 On Monday, October 3, 1994, Arab news International published excerpts of an interview it carried out with Abdo Abdulla, the then secretary-general of the Eritrean Liberation Front–Revolutionary Council (ELF-RC). We are publishing it here to remind our readers about the issues in the early years after the independence of Eritrea.
_________________

JEDDAH, Oct.2 – An Eritrean opposition group has warned that the growing discontent over failure by the government to address the pressing issues facing the infant state could led an all-confrontation between them and the ruling party.

Abdo Abdullah, secretary-general of the Eritrean Liberation Front – Revolutionary Council – (ELF-RC) executive committee, said attempts by the government of President [Isaias Afwerki] to reject altogether or marginalize any role by political groups outside the ruling People’s Front for Democracy and Justice (PFDJ) amounts to a “declaration of war” against its opponents.

“The ruling front gave itself the right to form a political but denied this privilege to all other Eritrean liberation Fronts which have actively participated in the liberation war,” Abdullah told Arab News in an interview.

He said the PFDJ which succeeded the Eritrean People’s Liberation Front (EPDJ) is seeking to mould the Eritrean society and reshape it according to its own drawn political agenda.

“They (the ruling party) have committed gross human rights violations, imprisoned political activists, including some of the ELF-RC senior members, and are seeking to divide the country into supporters and opponents while denying those who do not belong to the PFDJ their basic rights.

Asked about the course they will pursue to press the government into accepting political pluralism and whether they agree with other opposition groups who advocate armed struggle, Abdullah replied that the ELF-RC had never contemplated restoring to violence.

“As a matter of principle, our policy rejects restoring to armed action for a number of considerations. No Eritrean should be allowed to raise arms against a fellow Eritrean because if this happened there will be no winners or losers but victims.  The Eritreans who fought long battles (against the Ethiopian) to gain their independence have had enough. But it is unfortunate that by rejecting dialogue and seeking to consolidate its grip on power the government is pushing matters to the brink.

In an earlier interview, Al-Amin Saeed, secretary-general of PFDJ, reiterate the government’s commitment to political pluralism but said the transition the country is undergoing at present does not allow political rivalries and instability.

Saeed said the PFDJ in not seeking to impose an authoritarian regime.  The political future of the Eritrean has to be worked out after the country’s first constitution is approved, he said, adding that every Eritrean is invited to take part in this process.

Comment on these statement on whether the ELF could return home to work from within the country, Abdullah said what the government is saying in public is in clear contradiction to reality.

“Practically, the regime is waging a war on its opponents.  There are hundreds of prisoners from our organisation in government jails for simply wanting to express their political views and make them heard by the people.”

Abdullah said the Constitution Commission set up by the government to outline the future for the country is not qualified to undertake such a mission because its members are drawn from the PFDJ and its sympathizers.

The government says the proposed constitution will be put before an elected parliament within two years from now.

On the economic future of Eritrea, Abdullah said it is deteriorating as a result of the prevailing instability.  Foreign investors are still reluctant to come to the country and even wealthy Eritreans in Europe and the United Sates are not enthusiastic about doing business in Eritrea.