The Olive (AwLi’e) Revolution In Eritrea: A Satire

Posted on January 31, 2011 by Ghezae Hagos Berhe in Articles 0 Comments 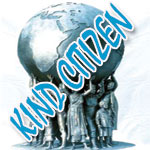 Prelude: The Egyptian leader Hosni Mubarak was forced to make “concessions” (please! I can’t overemphasize the importance of them quotation marks) to the historic protests currently unfolding in his country. After report of major announcement was coming up from the Egyptian leader, the protesters were eager to hear them. So was I. Here is the ‘MAJOR’ announcement from Mubarak.  “Yes, I am humbled. I will not groom my son Gamal to be my successor. I fire the cabinet, and I concede to reinstate the once vacant office of the vice presidency. I appoint Omar Suleiman.”

That news got me thinking and led me to write this satire. If true order of things would be followed logically, I thought. If Hosni Mubarak was forced, after massive protests to forgo the idea of appointing the once surefire successor, his son, and bring instead one of his previous security guys, I thought what would, our guy, Mr. Number 52 do? Recently, our leader, Issaias Afewerki was ranked last, number 52 in the recent survey of African leader. Why? You ask. I guess because there was no number 53, or 54! I guess!) I thought what would Issaias Afewerki do if huge protests were to occur in Eritrea. Hence the Satire!

I dedicate the satire to my old friend and fellow colleague of Asmara University, private newspapers and exile, the writer-activist, Milkias Yohannes Mihreteab. Not only Milkias will dazzle you with detailed information on revolts and activists all over the world and ultimately embolden you to remember the universal truth of success of Justice-seekers, he is also a master satirist. Hence a satire on revolt would befit him.
___________________________________________

Nobody knows why. Some say it was inspired and emboldened by the seismic uprisings across the Maghreb and Egypt. Others can’t resist to impress the relevance of the South Sudan referendum which poignantly reminded the people of the self-determination they once made freely (the last one ever) 17 years ago. Others unearth its origins elsewhere, more specifically inside Eritrea. They say it is uniquely, Eritrean thing. They deliberately pronounce “Self-reliant revolution” as a matter-of-fact-edly.

And those who are disposed to a little bit of superstition and serendipity resign to the Mighty Fate. They recount the first year of each decade always brings change. 1941, Italians left, British came. 1951, Federation decided (uno-Agodadal) fate of Eritrea. 1961, armed struggle started. 1971, EPLF started (Uno AmeLala’e). 1991, Eritrea was found liberated. 2001, Eritrea was lost for tyranny. 2011, Voila! Olive Revolution.! “It is fate. You can’t change it.” They say with confidence.

Others categorically put it on the account of this explosive news report. Survey ranked the Eritrean leader the last one, well after well everybody really, for his performance or failure of performance. It is indeed the strangest leader, in the strangest continent. http://asmarino.com/news/894-nmg. Out of the 52 leaders (even out of the 26 of them who got an F and lower), President Issaias has even failed to eke out a ‘Z’ mark. The surveyors must have spent a great deal of their energy and time of their assignment on how to devise a ‘fair grade’ to this strangest leader that calls himself the President of Eritrea. Beyond their intellect (sharp one) and imagination (wild one) it was, the surveyors ranked him just number 52 and put him the ‘Morgue’ category, feeling sorry well for the Morgue.

They took themselves to the streets. For 12 days they protested.

Nobody knows the exact reasons. But all agree the Olive (Awli’e) Revolution (named after the fondly remembered tree, the Awli’e) WAS the most successful revolution in the country that shook the foundations of the oppressive regime of President Isaias Afewerki that led Eritrea for 20 years.

Nobody knows. But the results were astounding. The once-looked-and-acted as invincible leader submitted to the wrath of the people. The once most secretive regime was revealed nakedly, for the whole world to see. Once the regime was able to mow down disabled fighters who were in their wheelchairs, and was able to hypnotize the whole people to dismiss it as mere ‘HinQaqe’ of spoiled brats of upper class ‘Tegadelti”. Now, the regime could not contain the protests even if tried real hard.  Before the aftermath of the event, people did the math and all agreed the odds were already stacked up against the regime of President Issaias. “You can’t stop five hundred thousand protesters, even if you have mustered an army of 300,000. Can you?”

Finally yes, the President Issaias relented. After twelve days, the President gave a brief announcement that he was going to make a ‘MAJOR’ Announcement. It was the first ever cracking voice coming from the Man. The Eritrean media, for want of other terms referred to the upcoming event simply as ‘Historic Speech’. ERE-TV and DIMTSI HAFASH advertised of the ‘MAJOR, MAJOR’ announcement. The protesters looked at each other. Moments felt an eternity. Yes, it dawned upon each of them that the President himself was going to acknowledge for the first time ever the failure of his regime and his future plans. Words betray to express what it meant for them.

At the appointed time, hundreds gathered to listen. Hundred gathered. Hundreds of thousands watched it on TV (ERE). Millions heard it on the radio (DIMTSI HAFASH).

“ Zikeberkum’n!  Zikebrk’nin!” the President started in his extra-ordinary speech at 08:02 sharp that Tuesday morning, twelve days into the commencement of the protest. This is not the old tired, “Zikeberkum’n   Zikebrk’nin which the President used to lazily, and mockingly drone, at each anniversary for twenty years. That one actually meant, “Zeykebrkimun!  Zeykebrkinin! and don’t even think of ‘kit’kebru’ in the near future say for at least the next 40 years.”  This time he meant IT.

“This is real Kibri” a listener couldn’t help to mutter, unclear whether he was struggling to hide the poignancy of the moment or to reveal it.

The President’s voice was cracking; you could easily tell he is fighting back his tears. He sounded humbled. He was humbled. He should be humbled. He took a few seconds to compose himself and continued, “For the last twenty years, you have suffered too much. You have suffered unlike other people. You gave your best and finest to the dream called Eritrea. You sacrificed unlike no one. You DON’T deserve this.”

The President was on his message. He continued, “the Eritrean people don’t deserve what they got. Today, I have listened to your woes and lamentations. Today, I rise to the occasion and do what I should have done long time ago. Today, even though it is hard, too hard for me (his voice was certainly about to break at this crescendo), I had to listen to you, the people of Eritrea.

This was major ‘CONCESSION” President Issaias Afewerki was forced to make during the olive (Awlie’e) revolution in Eritrea.