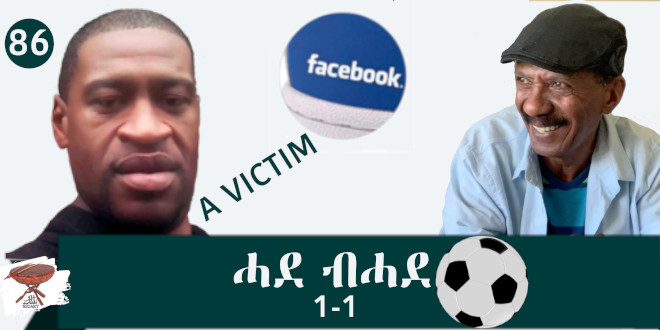 Two teams of players wearing Christian and Muslim shirts had a match; it ended with and even score: 1 to 1

In the last few weeks, the self-appointed zealot players showed their dedication to their religion–may God receive them in heaven, when they die, hopefully after a long life. They had a match where the referee whistled the end of the game and declared the match even, 1-1. The players rejected the referee’s decision, while the rest of us watched the unentertaining game. However, unsatisfied with the result, their fans are still grumbling because they wanted a clear win. However, as bystanders we neither lost nor won since it was not our match!

Noticeably, the circular after-match is still going in circles as if God asked them for support to defend his religion. It’s a boring game forced on us.

Fortunately, I have good news for both Christians and Muslims. Muslims were 1,500,000 souls, now their numbers grew to 1,500,001. The same with Christians, their 2,200,000 population grew to 2,200,001. And even growth though I don’t have the latest number of converts to and from both each group to the other. I will inform you when the census is published.

But there was a virtual version of the game on Facebook and the “friends” in many pages are complaining the about the referee. In the virtual of Facebook, the game and wagering was managed by voluntarily self-appointed judges—who are like bouncers at dance clubs—are still debating the results. At the same time, the fans are still at it, rejecting the referee’s decision, claiming the FIFA has not approved the results, it was not officially published on newspapers, and other excuses of that nature. I asked some of them why depend on newspapers when they have Facebook? Newspapers are supposed to be for the illiterate. But they wouldn’t change their mind.

In the legal world, people go to a court if they want to change their names. If someone wants to see a property, they announce their intention in official papers and the courts provide a time window to see if there are objectors. For instance, if someone wants to change their name to Saleh Johar, of course I will go to the court and tell them no one can have that name, it is mine. If someone claims ownership to a property on sale, they can argue the property was an inheritance from their parents, or they have owned in a gambling, and the seller is actually trying to sell a property they do not own. Then the court will decide.

But now the Facebook bouncers (or noisemakers) are asking us why we didn’t take a position when individuals bickered and fought over trivial matters.

One Facebook judge berated me for not making my position on some foolish verbal and test duel. You were absent from “the struggle,” he said! In surprise I asked him who gives him the authority to tell me what to do? And who does he think that I have to formally tell him of any position that I take?

I calmly told him that I had waited for his joining the struggle against oppression for 20 or 30 years and he should wait for me until I acquire the same level of consciousness as himself. I have waited for too long and he should at least give me some time. Usually, many individuals claim they were in the opposition in spirit, but I have no skills required to see the supernatural feeling of people!

There was even one of them bouncers who told me I was a PFDJ supporter!

Really? If I am a PFDJ supporter what are you? What is the nature of the PFDJ itself if I am its supporter? Such is the confusion and mediocrity of some who claim to be human rights political activists. But when scratched, all their bigotry and racism appear in its dullest form. I wish the Facebook bouncers stop acting as if they are priests, and that their Facebook pages are confession booths.

Eritrean activists are sick and tired of Arrivistic, Agazian bigots and racists, extremists, reactionary unionists, and the Isaias crowd. And it’s difficult to fight in multiple fronts. I wish they would stop the medieval frontal attacks and consider setting an appointment to fight so that we the true freedom seekers can face them in clean duels–one after the other. As it is, they are so loud, and no one is able to listen to what they are saying. It’s all a confused cacophony.

Since George Floyd was murdered by the police in camera, the world conscience has awakened from its slumber. But how does the slaying of George Floyd affect the Eritrean and Ethiopian communities?

A remark widely attributed to king Haile Selassie is alive in the psyche of most Abyssinians. The king is believed to have declared that Abyssinians are not black since they carry middle Eastern and Solomonic blood—he bases his claim on a myth that tells him he is the progeny of King Solomon and Queen of Sheba! And our general attitude to African Americans is not gracious—some of our remarks might be mistaken with a remark coming from a fascist skin-head member. In short, some Abyssinians feel they are superiors to black Americans because they see some light shades in their skin. I wish they come out of that foolishness and realize that if you are American and black, any combination of shades, you are African American.

Of course, such attitude is only prevalent among some of the older generation; and for groups that discriminate even their village neighbors, its source might not be that evil but still it is evil. Not only evil, it is a stupid and ignorant attitude to have.

But for the young, who go through the same experience as any other African American kid, harassment, discrimination, and putdowns, their parents’ attitude is very offending. Check with your children and see how they feel—every time an older person makes a bad comment, they cringe and feel hurt.

It’s about time that Eritreans and Ethiopians realized they are African Americans in the USA, and hyphenated Africans elsewhere. That’s if they acquire the citizenship of the countries where they reside. However, there is an exception. I always say that the racial and religious attitudes of the Arabs is identical to that of the Abyssinians, but many do not believe me. Exhibit one: the Arabs are fond of using the word Abid (slave) epithet on any black person, while Abyssinians comfortably call those with darker complexion, Baria (Slave).

It’s time that we eradicated this kind of thought from our thinking if not from the face of the earth.

Finally, in spite of all the noise, the confusion, we will reclaim our national pride. Soon we will see the dawn of liberation, and the cacophony will be stopped—it is just we lack rule of law because justice and freedom are the filters we need. Unfortunately, at the moment we do not have that, but we are pursuing it. We will have it very soon.