Hiatus Is Over: Hamdan Resumes Lying 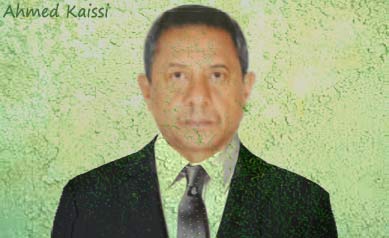 If you are wondering where this appeared, such languages and lies cannot appear anywhere but in the PFDJ websites and its affiliates. People have the right to have a different view about anything, but they do not have to lie and manufacture facts that can easily be disproved. The article appeared on a website that is run by a certain foul-mouthed person called Abdulkadir Hamdan. His bigoted hate of the regime of Isaias and the PFDJ, his flirtation with Turabi’s party in the nineties are well documented. After the year 2000, he switched his position and became an ardent supporter of the PFDJ, and none of the elements of the opposition were spared his defamatory pronouncements. That is why the PFDJ, under the patronage of Alamin Mohammed Saed, which was a beneficiary of a German NGO funds given to Eritrea to develop free press, allowed his newspaper to be printed in Eritrea and be distributed through the PFDJ’s consulates and Wahios all over the world. Unpredictable as they are, the PFDJ stopped Hamdan’s newspaper a short time after he thought he had become a member of the ruling party’s inner circle.

Today we are bringing this to you not in defense of Ahmed Kaissi–we do not believe he needs any defense against the established liar, Hamdan– but to illustrate the character of individuals who gravitate to the PFDJ and do its bidding. Ethiopians will be amused to know that Sheikh AlAmoudi has given $1.5 billion to the renaissance dam project; Eritreans will be amused to discover that Ahmed Kaissi is a commercial associate of AlAmoudi. However, it is coming from PFDJ’s Hamdan, nobody else!

To elaborate further, in 2002 we posted an article exposing Hamdan’s lies which were the tools that the PFDJ used against awate.com since its inception. The title of that article was taken from an Arabic saying : إذا ابتليتم فاستتروا (If You Shall Do Wicked Things, Don’t Brag About It). You should read it to understand Hamdan and his defamatory rumblings.

The following post appeared on Hamdan’s website in Arabic and we translated it for the benefit of our readers.

The New Dropouts: The Distance between public and private interest where opportunists flourish

There are many who claim to be struggling for the benefit of the people, and in service of the downtrodden masses, and for this purpose they establish certain frameworks: organizations, parties, forums, Websites, and radio stations. But in fact, they only serve their narrow and selfish interests through the frameworks that they set.

If there is one description that fits them, we can only describe them as despicable opportunist characters, and only that defines the dropouts who achieved their status by misleading the masses, to whom they presented false slogans to secure and serve their own interests.

An observer of the fierce media campaign that was raised and is still being stirred by the broadcast project, the so-called “Almunteda” or “Medrekh”, which is headed by Mr. Ahmed Kaissi (a former leader in the Eritrean People’s Liberation Front), would think that those who run the project have different positions than what they held during the struggle era. But the truth of the matter is, with a little reflection and checking, one would discover that this group is nothing but part of the gang that is known as the “G15” and its likes. That is because their association with that group continued until the last moments of its existence, but then they preferred to distance themselves from it, and went into hiding.

In this context, it’s no longer a secret to anyone– the nature of the deep-rooted relationship between the “Menber AlMunteda” leaders on the one hand, and on the other hand the close relationship between Mr. Ahmed Kaissi and Sheikh Mohammed AlAmoudi, the Saudi Ethiopian billionaire. It’s an old relationship that the PFDJ leadership knew and was wary about, but they were justifying it with the belief that the relationship will serve the country and not the interests of foreign powers lurking in Eritrea. And today, [Ahmed Kaissi], is clearly and unambiguously trying to settle old issues he had with his comrades of the PFDJ, of which he was a prominent leader and a member of the Central Committee of the organization for a very long time.

Surely Ahmed Saleh Kaissi was an associate and disciple of Sheikh AlAmoudi, and he was wrapped in revolutionary and progressive garb, but now he is trying to prove the opposite. Therefore, what Mr. Kaissi is doing as of recently is not strange as he has disposed the robe of national conviction and is indulging in issues of his life and his private affairs in a suspicious way, especially after his emigration to Yemen and consolidating his wide commercial relations with Sheikh Mohammed AlAmoudi, who is considered the godfather of successive Ethiopian regimes, particularly the Weyane regime. Recently, [Sheikh Mohammed AlAmoudi] financed the project of the Ethiopian Renaissance Dam project with an amount of US $ 1.5 billion.

It seems [Kaissi] didn’t accomplish his rosy dreams to become a prominent businessman–to which the deterioration of the political and security situations in Yemen has contributed–and that has led him to emigrate to the UK and join the dropout elements, and to proclaim himself the official spokesperson of the organizations and parties of the Eritrean Loya jirga*, which are associated with Ethiopia and the USA. However, the burning question that should be asked is: Since when was Mr. Kaissi an expert in the affairs of the so-called Eritrea opposition (both its secular and Islamic sides) to assign himself a leader who seeks to unify them, when he is known for his intense hatred towards them, since he was describing them as turncoats and hotel revolutionaries? But no wonder, there is nothing that can be done about a person who consented, or chose for himself this fate to stamp his life in the swamp of turncoats and dropouts.

* Loya Jirga is the name of the Afghani grand assembly, in the Pushtun language; Hamdan is fond of using that term in a derogatory manner to describe any opposition to the Eritrean regime to imply the opposition parties are funded by the CIA/USA like “Afghanistan was.” Maybe he is indirectly likening the PFDJ to the Taliban!

Related Reading:
If You Shall Do Wicked Things, Don’t Brag About It