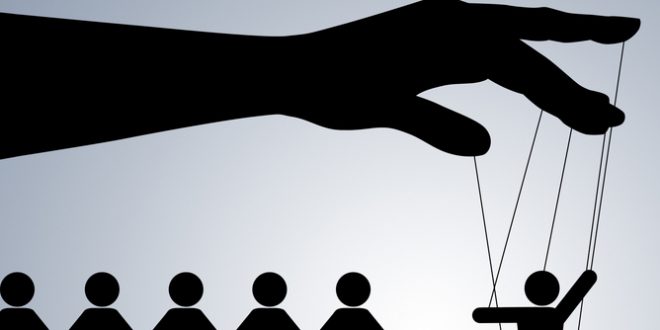 If this is the part where you wait for me to summarize what President Isaias Afwerki said, I regret to say that I have been scooped by Web 2.0 (again.) A commenter on youtube (Wedi Germen) expressed it succinctly: “ኣየ ወዲ ኣፎም ብሪ፥ ጀሚርና እምበር ፈጺምና ትብል ቃል ኣይትሞልቆካን”. Ah, Son of Afom, my precious: “we started” is the word you use, never “we finished.” Credit where credit is due: President Isaias Afwerki showed great solidarity with the people of Eritrea: he was just as bored and pained by his speech as we were. Duty calls: I will cover what he did and didn’t say; there may even be some news for those of you who have memorized the Isaias Afwerki Bullshit Generator

But before we do: Happy May 24th! Happy Victory Day! Or whatever you decide to call it–Independence Day!–because you are–wait for it–FREE! That’s the whole point, isn’t it? In the United States, nobody says “Happy Independence Day” but “Happy 4th of July”, and no lesser American than its second president, John Adams boycotted the celebration because he didn’t like the fact that it was celebrated on that day. (He was probably a Weyane.) One of the greatest speeches by one of the greatest African Americans is that by Frederick Douglas and it is called “What to the Slave is the Fourth of July” (clearly a weyane.)  Somebody who refuses to celebrate the day can do so on many grounds including Eritrea’s culture: it is customary for people who are in grief not to celebrate.  And the government that Isaias Afwerki presides over gives us daily reasons to grieve–and they are of Biblical scale.  So, enough with demands for conformism: that it be called a special combination of inherited words and celebrated in a proscribed way or, alternatively, shaming those who want to celebrate it: it’s not fitting a free people.  I will celebrate it tomorrow with the young, although my friend Saleh G Johar thinks it is unseemly for us 50-something to do so.

Wait, you are asking: isn’t it Ramadan? How are you going to go out dancing in Ramadan? Well, my good friends in the Government of Eritrea inspired me by sharing a video of the residents of Akhria and Mai Anbessa who were eating and dancing in Ramadan with their children in prison. Now that is patriotism: here!

Back to President Isaias Afwerki’s address. It is a mercifully short speech and it has two parts.

Part 1 is bemoaning history: how the bipolar, unipolar, multipolar world has wronged us for over 70 years. Now this is perfectly consistent with what all the great African freedom fighters–Sekou Toure, Samora Machal, Patrice Lumumba–gave a few years before or after their country’s liberation. But to give the same speech twenty-seven years later shows lack of imagination and growth. Or terrible speechwriters.  Moreover, even if one insists on giving the speech–presumably because the neo-colonialist are attempting to colonize us–why does it have to be so boring? A public speaker who has some care of his or her audience would calibrate his or her speech based on their reaction but an obsessive person gives the same speech although, in this one, he was either in pain or bored by it all.

There was one breaking news that sneaked in: I will write it in Tigrinya (in EPLF Tigrinya where each sentence is a paragraph long) and then translate it so people can argue with me and explain that’s not what he meant. Here goes:

Because the challenges created by the agendas and whims of the purported super powers, the self-proclaimed dominant destabilizers, and their hirelings over the past 75 years are in our memories, we will carefully observe future scenarios and hybridized or alloyed agendas and it is a must for us to plot our journey’s roadmap. But within all our capabilities, its not for us to fold our arms and wait, but strengthening our readiness to participate actively and without bias will be in its place.

What does “without bias” mean? It means if PFDJ reconciles with Weyane and you start crying, you are showing bias. If Isaias gives Trump (with whom, apparently, we can speak of “our shared values”) a base in Marsa Teklai and you start crying “imperialists!”, “neo-colonialiasm!”, you are showing bias. If Isaias reconciles with the Emir of Qatar and you express your shock about the Muslim Brotherhood, you are biased.  Just be a good little PFDJ and obey the directive because there is a new roadmap. This is your test and if you fail, you will be instantly lumped with us as anti-Eritrea, and it is getting crowded here.  It is straight from Stalin’s School of Testing Loyalty of the Loyalists, so please just do what you are told.   You are saying, “well, my cousin is Minister so-and-so, and my wife’s uncle is Colonel so-and-so: they would have told me!” Before you fight your family, know this: they just learned of the new policy along with me and you. So, be kind.

Part 2 is the grocery list or what the youtube commenter called ጀሚርና but never ፈጺምና. So, take your pen and notepad out because these are Eritrea’s 3-5 Year Plan, and they have been so for the last 23 to 25 years, so please pay respect to tradition:

1. Water conservation and equitable distribution plus technology, which will lead to superior agricultural output,
2. Fishing, or setting the foundation for that sector,
3. Industrialization via improvement in all energy sources beginning by improving electrical,

I know what you are thinking: what happened to number 10? I told you: he was bored. But you are also saying: what’s wrong with that list? Nothing! It is the same list you would create if you were suddenly transformed to being the president. It is the same list that Somalia’s Formajio gave and it is the same one that Uganda’s Museveni gave.

Here’s what is missing:

In none of President Isaias Afwerki’s speeches (ever) are the Eritrean people anything but a blob. He pays tribute to no-one by name: not the ones who preceded him, nor his contemporaries, nor those who follow him. The only name which is allowed to be uttered in public is kbur president and fekhamat al-reis. This is in stark contrast to any independent day address anywhere in this world. There is no acknowledgement of anyone by name, any organization (except EPLF/PFDJ) by name. There is no one who has been promoted, nobody who has been given clemency. Nobody is forgiven.  .

There are no allies and distinguished guests from foreign countries present. Only Eritreans and C-list foreign celebrities: teachers of elementary schools and tourist on budget. On the dais, it is Isaias Afwerki and his 27 vice presidents. Two civilians (the number 2 in the ruling party and the 2 in the government, theoretically) and 25 old men in grey uniforms (and one woman who wears traditional attire once a year because that’s the only way we will know she is a Muslim) whose positions are rotated arbitrarily. The former Defense Minister, Sebhat Ephrem (we don’t have a current Defense Minister, for several years now, because of…no war no peace? Why not) was seated in the third row behind the third row.

And finally, there is no talk of the institutions of law and democracy: no constitution, no electoral law, no timetable for elections.  He used the word justice once and he spat it out. (Don’t make me give you the minute mark.  (7:55)

The drama was left for the Cultural Department under the able manipulative hands of Zemehret Yohannes. Officially the theme this year is “vision by toiling” but in reality, it is “Never Mind Akhria And That Troublesome School Headmaster.” So, lots of feel-good stories: here is how the mass organizations prevailed in Barka. And this is how we did it with the Afar. Here is a girl from Nakfa visiting Asmara.  Look at us–“my people, let’s be one!” sang the singer in Tigre language. So, there: disperse, nothing to see here and get busy dancing! The show returns in August for the festivals. Before then, we may be lucky enough to know what ብዘይ ዘውጊ gives us.  Meanwhile, conform or be un-Eritrean.

Saleh Younis (SAAY) has been writing about Eritrea since 1994 when he published "Eritrean Exponent", a quarterly print journal. His writing has been published in several media outlets including Dehai, Eritrean Studies Review, Visafric, Asmarino and, of course, Awate where his column has appeared since the launch of the website in 2000. Focusing on political, economic, educational policies, he approaches his writing from the perspective of the individual citizens' civil liberties and how collectivist governments and overbearing organizations trample all over it in pursuit of their interests. SAAY is the president and CEO of a college with a focus in sound arts and video games and his writing often veers to music critique. He has an MBA from Golden Gate University and a BA from St Mary's College.
Previous ነጋሪት ቪድዮ 5ይ ክፋል: ጽልግልግ መዓልቲ ናጽነት
Next Myth, Politics, History, Religion, and Eritrean State