Enough to the Cruel Man in Asmara

Posted on November 22, 2017 by Hannan Abdullah in Articles 77 Comments 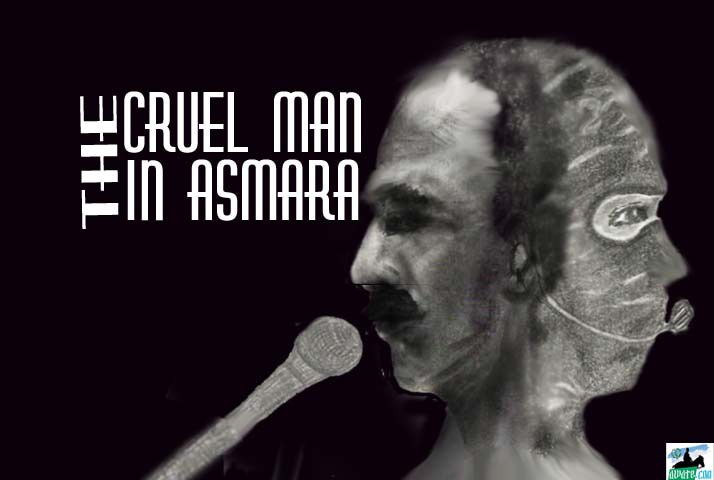 The need of good governance inspires us to say enough to the cruel man in Asmara.

It is the historical record of peoples that reflects their suffering and heroism and conveys their experiences to generations. The agony of the peoples of the Third World was the result of the Western invasion of its countries, which divided its lands and peoples arbitrarily to draw the colonial Powers boundaries separating brother from brother, to sacrifice the one family distributed among more than one country. Because the policy of colonists sought to plunder the raw materials and resources of these colonies without caring about their development, many people suffered countless calamities for ages.

Because the wishes of the peoples of Africa, Asia, and Latin America to live in dignity and free, contrary to Western domination, which was characterized by attempts to obliterate the national identities and cultures of the indigenous natives, these colonialist states ignored and impoverished individuals and groups and adopted a policy of “Divide and Rule”, which served to disperse human energies so that the poor don`t think beyond securing their day’s food.

Eritrea was not an exceptional case, its situation was more complex due to various factors, some internal and others resulting from foreign conflicting interests that made the country and its people a scapegoat for the strategic battles of the superpowers.  The conspiracy, as we prefer to call, was in the form of linking Eritrea to a federation with Ethiopia, instead of giving the Eritreans, like other Italian colonies, Somalia and Libya, the right to self-determination to choose their own future.

Without going deep into the struggle era`s details for their independence, which lasted for about five decades, it can be said here, in a nutshell, that Eritrea was liberated in 1991 and took its place among the nations after the enormous sacrifices made by the Eritreans, all Eritreans without exception. Of course, no wise person in any part of the world expected that the experience of a great people would be thwarted after they had been able to force their enemies to accept their will for freedom, from one side, and forming their sovereign state, not as a gift from anyone, but as a harvest of the paid sacrifices.

We, the Eritreans and our friends everywhere, expected, on the eve of the independence that the leadership of EPLF came from the field enough matured and had learned lessons from any mistakes they made there. We expected the liberators to be competent to deal with the nascent state and thus they had a capability to manage its internal affairs and at the same time to adopt a balanced political policy in the field of foreign relations to enhance the national interests.

But, unfortunately, the provisional government that was formed after the liberation of the country neither rose to the citizen’s ambitions nor met the expectations of friends. Instead of opening the door to all the national political factions that contributed to the liberation course at different times and invited them to participate in the process of building the country, which was destroyed by long wars, President Isaias Afwerki announced on the day of the referendum and the Declaration of Independence: “There is no place in Eritrea for any organization except the Eritrean People`s Front, whose forces entered the capital Asmara after the defeat of the Ethiopian army in May 1991.

In my opinion, the country’s political quandary began from that moment. It was better for Isaias Afwerki the victor, who was respected by the Eritrean people for the role he had played side by side with other heroes in the previous stages of the struggle negatively and positively with other militants. The expectations of all were that the problems of the armed struggle would be addressed through a call for a comprehensive national reconciliation conference and the establishment of a constitutional system that would heighten the contribution of all citizens to the process of building a state of institutions.

Taking into consideration the great frustration that has been caused to us by the failure of the Eritrean government and its inability to meet our most basic expectations, we are faced with the question: Why has the process of state building faltered during the past quarter century? Why has our country become isolated and persecuted for its sons fleeing from it, seeking asylum on various continents?

There are certainly many factors that have brought Eritrea to the current political dilemma. There are undoubtedly factors inherited from the stage prior to the declaration of the independent state, where the economy of the country was completely destroyed by the wars and there were no reliable institutions in the country to move forward to build the foundations of a modern state. However, the quarter-century that followed the declaration of the independent Eritrean state to this day has been sufficient to overcome these inherited obstacles and to move towards building a developed and prosperous nation starting from scratch.

Then, in this case, another question is asked more urgently: What happened until the results of a great revolution to ending up to a frustrating outcome and reversing all expectations?

In order to obtain an integrated answer to this central question, we need from one hand, to follow closely the developments that followed independence, and to monitor the positions of the Government of President Isaias Afwerki towards national and international issues, from the other side.

In the first months of 1993, President Isaias Afwerki declared that no Eritrean political forces outside his party would be allowed to enter Eritrea to engage in any political activity and to allow the leaders of those organizations only to enter the country as individuals.

Instead of extending the hand of reconciliation to all, the security authorities have carried out large-scale arrests of Islamic teachers and sent them to prisons without trial.

The arrest did not end with the arrest of Islamic sheiks and teachers, but rather the arrest of a Christian sect because it refused to vote in the referendum. The situation with all communities continued to be awful. The authorities have adopted controversial domestic policies, for example, the change in the administrative divisions to make the country divided into six provinces, which led to the abolition of entire provinces and the distribution of some others in more than one territory.

On the other hand, the National Service Decree issued in the early years of independence, which found a great response and welcome among young people and their families, gradually turned into a factor of alienation and disagreement with the government because it became open for decades, contrary to the year and a half expected by the people. Thus, the decision of national service turned into a disaster. With time and long service, and the closure of Asmara University, young people decided to abandon Eritrea and flee the hell of that service and seek opportunities to study and work in other countries.

If we go to the external dimension to have a look at the foreign policy adopted by the government of “President” Isaias Afwerki, and without going into many details, we note that it has tended to escalate rather than calm the differences. The country’s relations with the neighboring countries have witnessed serious tensions at various stages. Regardless of the real causes of those conflicts and who stood behind them, Eritrea was supposed to adopt a rational and reconciling policy with all rather than the other way around.

Based on all the above words, and recalling the rejection of “President” Afwerki work with the contents of the Constitution of 1997, which laid the foundations of building state institutions enabling the people to choose their representatives and follow the performance of the government, it can be said that walking in the wrong way has started from there and therefore every event came after that was a reflection of that. The result of that fatal mistake was that the regime starting to distance itself away from its people to enter the two sides in an open and dangerous confrontation.

As a result, what was happened, at the end of last October, with the Al-Dia’a Islamic school, or with the Catholic school of the Vatican, Asmara University, Islamic institutes and others in the past, cannot be seen in isolation from the wrongful policies of the Asmara tyrannical government.

How should we properly explain to the world what occurred at the Islamic Al-Dia`a School?

The Eritreans in many countries have expressed their rejection of the government’s policy towards Al-Dhia`a School in Asmara in a very civilized manner and away from creating a sectarian polarization and this is worthy of respect and appreciation.

However, the Eritrean opposition forces outside Eritrea are required to work systematically and orderly to convey the suffering of citizens inside the country to influential powers, especially in Europe and America, to exert more pressure on the dictatorial regime to comply with the will of the people. It is very important that the Eritrean opposition organizations avoid exposing the problems of the interior with the regime, such as what happened with al-Dhia`a School or others in a sectarian or regional pattern, because this would be in favor of Isaias Afewerki’s continuation of power.